Jesus a most followed god in the world.Jesus as the largest followers in the world.Every christian believe in Jesus.So this article is not hurt anyone feeling and belief.The article only to show the scientific relativity with birth and legacy of the Jesus Christ.We are sorry if true truth hurts your heart.

Ancient people of the world believed that the sun was the savior. They worshiped the sun as the God’s. Even before the birth of Christ well behind 3000 BC Egyptian worshiped Sun(God of light) And Night(Evil darkness). Most interestingly Egyptian god Horus(3000BC) and Jesus Christ(1AD) have similar features in every aspect.Even Ancient belief Zodiac says Sun as God with center position and 12 constellations around the sun representing 12 months&4 season. 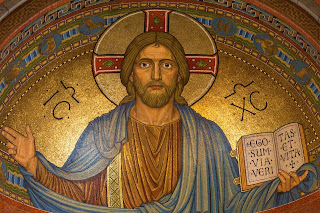 They some the famous god in the world so we choose it compare but there are more than thousand of god's have similar birth sequence and legacy.Every God and Religion has this same similarities.

Next we see the birthplace significance scientifically,

Most of the gods enjoy virgin birth, Virgin in Latin is known as Virgo (1 of the 12 constellation).The symbol of Virgin is House of Bread, even Bethlehem=House of bread. To be more specific there is no place in the world known as Bethlehem. It’s located in space.

Now we will see the death sequence scientifically,

Sun(God’s) Rotates earth first six months north to south then south to north. In that manner On Dec 22,Sun(God’s) reaches the tip of the rotation so it looks like death without movement for three days. On Dec 25,the Sun rises 1 degree then rotates anti-clockwise which is known as the winter solstice. The most famous sentence of Christianity that Jesus died on cross resurrected after three days. Which is a scientific notation that doesn't have any link with Godly. Spring equinox is celebrated as Easter.

We will have a in-depth analysis of legacy of Christ,

Most famous picture of Christ is the last supper. In which god son occupies the center and 12 disciples (12 constellations or 12 months).Which denote the sun transaction period over every constellation. The shorter form of the zodiac board center is the symbol (Holy Cross) of the Christianity.

God is a policeman and religion is a law both come into force for purifying people internally. So To speak , there is no god. Neglect a cold war in the name of god and religion. Knowledge is wealth so remove the ignorance of god. Have faith in yourself and spread the power of love. This article is only to spread the message scientific knowledge not to harm anyone's belief.