India has a long history of freedom struggle.In 100 years of freedom struggle only Gandhi and its associated congress members are considered as freedom fighters and national heroes. There are many unsung heroes whose sacrifice for the country has not been taken for consideration. We need not portray them like Gandhi, but at least respect their sacrifice for the nation. Most of the Revolutionary Leaders were betrayed and left without support by Congress leaders and Gandhi.This article shows some real heroes of Indian freedom struggle.

Bhagat singh was born on 28th September 1907 in Jaranwala Tehsil,Punjab. His family members were activity involved in freedom struggle. Bhagat singh from his early year got involved in revolutionary movement. He was greatly influenced by Marx,Lenin and Engels. Bhagat become a one of the nations first communist leader. He was one the the prominent members of Hindustan Socialist republic association.He was got involved in assassination of Saunders (for Lal lajput raj dead),Delhi assembly bombing and Jail strike. Bhagat Singh was known for his communist views and Why i am atheist?. It was Bhagat Singh who popularized "Inquilab Zindabad Hindustan Zindabad"(Long live revolution long live Hindustan).He was hanged in Lahore jail in March 23,1931.There are lots of conspiracy that Gandhi failed to save Bhagat Singh and co-comrades. 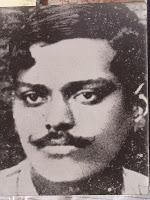 Chandra Shekhar Azad was born on 23th July 1906 in Kanpur,Uttar Pradesh. He was known for his favorite conversation with the Magistrate. When the Magistrate asked his name he replied Azad (liberated),What is your father's name? he replied Swantantra (Freedom). So he changed his name as Azad instead of Chandra shekhar tiwari. He was the one who founded Hindustan republic association. He was the main member involved in the train robbery (Kakori Case). He was influenced by Lenin's socialist revolution. He was close associate with Bhagat singh, sukhdev. He was murdered brutally in Alfred Park by British police on 27th feb 1931.

Sukhdev was born on 15th may 1907 in Ludhiana,Punjab.He was active member of Hindustan Socialist Republic association. He was co-comrade involved in assassination of saunders along with Bhagat Singh and Rajguru. He was a co-conspirator in the Lahore case. He was actively involved in the jail Hunger strike for equal status for India prisoners. Sukhdev along with Bhagat singh and Rajguru was hanged in Lahore prison on 23 march,1931.

Roshan Singh was born on 22th January 1892 in Uttar Pradesh. He was active member of Hindustan Socialist Republic association. He was conspired in Kakori train robbery case (To steal funds of British government transferred in train.To revenge British who loot wealth of India?). Even though he was not present during incident, but he was sentenced to death for murder of Mohan lal.During the case judgement, he was going to abuse the judge for not punishing him up to the standard of Pandit Ram Prasad Bismil, in the meantime Vishnu whispered in Ears "Thakur Sahib!You have also been punished to level of Bismill" .Roshan Singh Aroused from chair huged Bismill and joyfully said-"Oye Pandit, Did you like to go alone to the gallows?but this Thakur is not going to spare you in any way.He will will accompany you too." They were hanged to death. 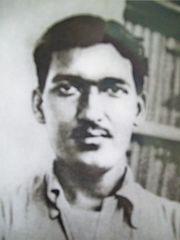 Ashfaqulla Khan was born on 22th Oct 1900 in Shahjahanpur,Uttar Pradesh. He was Urdu poet. Khan and Bismal were close friends and got involved in Hindustan Republic association. Khan,Azad,Bismal,Thakur got involved in a Train robbery case.He was sentenced to death. He was hanged along with other conspirators in the robbery case in 1927. 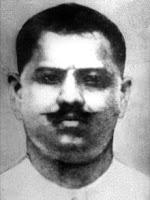 Ram Prasad Bismil was born on 11th June 1897 in Uttar Pradesh. He was part of a train robbery case. He was also involved in the Manipur Conspiracy case. Bismil believed in socialist ideology. He wrote the main article in The revolutionary (Paper of Hindustan Republican association.) He was hanged to death along with other conspirators  of Robbery case. Bismil and Khan were brutally betrayed by a fellow member of the association.He also wrote many poetry literature. 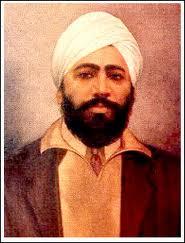 Udham Singh was born on 26th Dec in Sangrur,Punjab.He was the last active member of Hindustan socialist republic association. He was largely affected by the Jallianwala Bagh Massacre.Udham swore to Kill General Dyer (Responsible for Massacre). So he Infiltrated England in Early 1935's. He was unfortunate that General Dyer died due to disease. Udham Singh Ultimately changed his position to kill Michale O'Dwyer (Lt Governor Of Punjab supported General Dyer.) he got his chance on 13th March,1940 to kill O'Dwyer on 10 Caxton Hall. Udham Singh after killing O'Dwyer and injuring Zetland didn't try to escape. Later he was sentenced to death. Udham singh received bad response from Congress Leaders after Incident stating its "Insanity" including Gandhi and Nehru. It was only Netaji who praised the Udham Singh act.

Note:Congress Leaders were a part of Indian Independence. There are thousands like Udham didn't even get fair recognition for their sacrifice for the Nation.

June 17, 2021
The very first modern Olympic Games opened in the first week of April 1896. Since the Greek government had been unable to fund construction of a stadium, a wealthy Greek architect, Georgios Averoff, donated one million drachmas (over $100,000) to restore the Panathenaic Stadium, originally built in 330 BCE, with white marble for the Olympic Games. Since the Games were not well publicized internationally, contestants were not nationally chosen but rather came individually and at their own expense. Some contestants were tourists who happened to be in the area during the Games. Athletes wore their athletic club uniform rather than a national team one. Pole vaulting, sprints, shot put, weight lifting, swimming, cycling, target shooting, tennis, marathon and gymnastics were all events at the first Olympics. The swimming events were held in the Bay of Zea in the Aegean Sea. Gold medalist, Alfred Hoyos Guttmann described it: "I won ahead of the others with a big lead, but my greates
26 comments
Read more