May 1 or May day many would identify it just as a predetermined holiday. Even though many would plan their vacation and fun time, It's not the mistake of you and me. Our history never gave us the real taste of the workers movement and significance of May day. A Historic day in every working class movement but lost its significance over the years due to improper awareness about the day.  Let’s look into the history of the importance of May day.

The first of May was originally celebrated by pagans throughout Europe as the beginning of summer, which was recognized as a day of fertility (both for the first spring planting and sexual intercourse). A maypole was often erected for young women and men to dance around and entwine the ribbons they carried with one another to find a mate... at least for the night. The ancient Celts and Saxons celebrated the day as Beltane, the day of fire, in honor of the god of the sun; beginning their celebrations at midnight; soon acquiring the label Walpurgisnacht, or night of the witches.

Persecution of May Day began as early as the 1600s; in 1644 the British Parliament banned its practice as immoral, with the Church bringing its full force to bear across the spectrum. Governments throughout Europe were largely ineffective in outlawing these celebrations, and thus the Church took a different approach – it attempted to assimilate the festivities by naming Saints days on the first of May. These efforts led to the destruction of May Day in some places, but the traditions and customs of May Day continued to remain strong throughout much of the peasantry of Europe, whose ties to one another and nature were far stronger than their ties to the ruling class and its religion. Celebrations became increasingly festive, especially at night when huge feasts, song, dance and free love were practiced throughout the night.

After the revolutions of capitalism, the roots and principles of the tradition survived to various extents, with workers across Europe celebrating the first of May as the coming of spring and a day of sexual fertility. Most mythical and religious sentiments faded away, but the spirit of the festival in expressing the love of nature and one another gained strength. 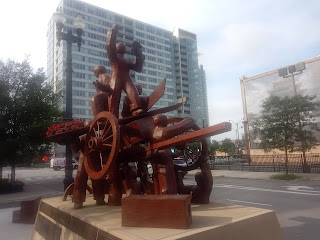 In 1884, the U.S. Federation of Organized Trade and Labor Unions had passed a law declaring that, as of May 1, 1886, an eight hour workday would be the full and legal workday for all U.S. workers – the ruling class had that much time to recognize this new law and put it into effect. The owners refused.

On May 1, 1886, workers took to the streets in a general strike throughout the entire country to force the ruling class to recognize the eight-hour working day. Over 350,000 workers across the country directly participated in the general strike, with hundreds of thousands of workers joining the marches as best they could.

In what they would later call the Haymarket riots, during the continuing strike action on May third in Chicago, the heart of the U.S. labor movement, the Chicago police opened fire on the unarmed striking workers at the McCormick Reaper Works, killing six workers and wounding untold numbers. An uproar across the nation resounded against the government and its police brutality, with workers' protest rallies and demonstrations throughout the nation set to assemble on the following day.

On May 4, Chicago members of the anarchist IWPA (International Working Peoples' Association) organized a rally of several thousand workers at Haymarket Square to protest the continuing police brutality against striking workers on the South Side. As the last speaker finished his remarks that rainy evening, with only 200 of the most dedicated workers remaining at the rally, 180 armed police marched forward and demanded the workers to disperse. Then, deep within the police ranks, a bomb exploded, killing seven cops. The police opened fire on the unarmed workers – the number of workers wounded and killed by the cops is unknown to this day. Eight anarchists were arrested on charges of "inciting riot" and murder. The retaliation of the government was enormous in the days to follow, filling every newspaper with accusations, completely drowning the government murders and brutality of days past.

Eight workers were convicted as anarchists, were convicted of murder, and were convicted of inciting a riot. Only one of the eight men accused was present at the protest, and he was attempting to address the crowd when the bomb went off. In one of the greatest show trials in the history of the working-class movement no evidence was ever produced to uphold the accusations, though all eight were convicted as guilty. Four of the prisoners – Albert Parsons, August Spies, George Engel and Adolph Fisher – were executed, Louis Lingg committed suicide (His face was blasted with dynamite), and the three remaining were pardoned due to immense working class upheaval in 1893.

Most painful would be where statues of Haymarket hero's were demolished and police statues resurrected (even after two demolished). To make May day lose significance America simply altered its workers day to September first Monday that to as labor day.

On May 1, 1890, in accordance with the decision of the Paris Congress (July 1889) of the Second International to commemorate the Haymarket red flag was here created as the symbol that would always remind us of the blood that the working-class has bleed, and continues to bleed, under the oppressive reign of capitalism.

Martyrs, mass demonstrations and strikes were held throughout Europe and America. The workers put forward the demands for an 8 hour working day, better health conditions, and further demands set forth by the International Association of Workers. The

From that day forward (starting in 1891 in Russia, by 1920 including China, and 1927 India) workers throughout the world began to celebrate the first of May as a day of international proletarian solidarity, fighting for the right of freedom to celebrate their past and build their future without the oppression and exploitation of the capitalist state. 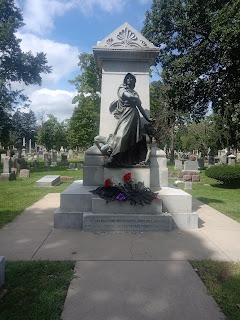 It's an internationally important day to take forward 8 working hours demand. Even after 200 years we still can't attain 8 hours of work per passed.Capital and capitalist projected wrongly about the history of workers movement, So today May day has become a day of fun and frolic. It's  the day to gain class consciousness unit workers in one voice against capitalism. We need to take forward our fight for 8 hours working day,better wages,better working conditions,lower inflation,building public property,strengthening labor law etc.Our ultimate aim of May day would be to build a stateless,classless,casteless,religiousness, society with permanent  love and peace.

My dear comrades never forget what Spies shouted during execution in Chicago.Spies shouted, "The time will come when our silence will be more powerful than the voices you strangle today!"